Photo by Mark A. Harrison

There was a line-up at our local pharmacy today, which led to much more waiting around than usual. Turns out that the delay worked in my favour. On the way home (a short three block walk), I got to see a monarch butterfly (rare in these parts lately) and three goldfinches, all nearly within touching distance. The sun came out from the clouds, the neighbourhood garden flowers seemed to grow ten times brighter, and all the compounded irritations and annoyances that had piled up during the day disappeared.

It brought back the memory of these two poems, one a snapshot from early childhood, the other an equally perfect moment from a B.C. trip in my early twenties. A reminder that paradise exists, not as an afterthought, but in those small moments of pure contentment.

on the curved stretch of unkempt beach
a thin, tow-headed child, squatting barefoot
pokes at seaweed with a stick
wrinkling her nose at the pungent salt-rot smell
the kelp bladders bloating in the sun
she picks up shells and pebbles with
the reverence of an artist
admires the iridescent sheen
of a fractured oyster shell
dropped by one of the wheeling gulls
toes and knees crusted with wet sand
wading ankle deep into the chill water
she holds the dry pebbles under
watching the secret colours emerge
a moment of discovery
on the shore of some far-off land
its name long forgotten, the details faded
save that one perfect moment
captured like a bead on a string

we step into the forest
armoured in layers
of cotton, nylon, bright
green and yellow raincoats
thick soled rubber boots
an old manual camera
slung around my neck
bounces against my chest
most of our journey
along the wooden plank paths
is done in silence
our ears open to the sounds
around us, wind and birds,
distant rushing water
there is a sorrow behind
the sacredness of this place
part of its sanctity lies in
it being one of the last
doomed, ultimately, to destruction
(we followed logging roads to get here)
we trail reverent hands along
fern fronds longer than we are tall
damp gnarled bark softened
by lush green moss
we crane our necks to stare
up at the trees that seem
to go on forever, their tips
lost in the fog, only the barest hint
of heavy grey sky far above
a permanent ache in my chest
I can’t seem to stop smiling
I think, whatever else happens
I stood here, in this place
before they took it all away
on the drive out, we see
two black bears, wandering the
wasteland of the clear-cut swath
a stone’s throw from heaven
they pay little attention to us
our compact Westfalia camper
must seem a mere toy
compared to the monsters
that daily tear the land asunder
I close my eyes, and think
of paradise, of moss under fingers
of air so clean you wonder
what you’ve been breathing all this time. 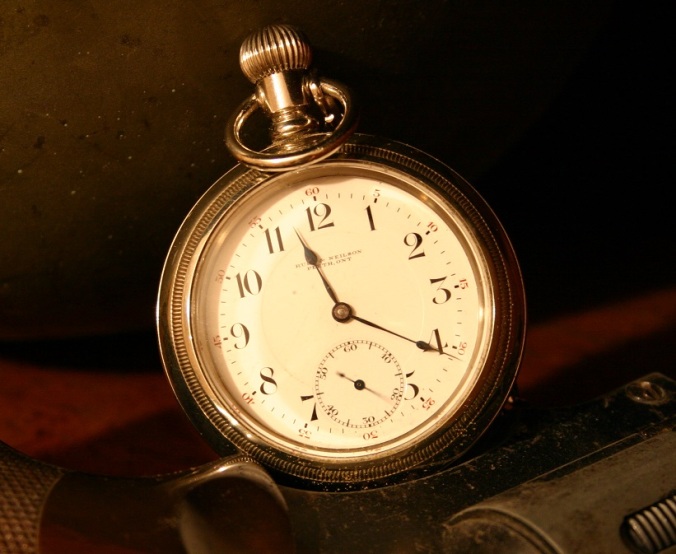 An old one for today. I still like the imagery in this one, even if it is a twenty-something’s perspective on age and time. Things definitely look a little different on this side of forty.

I’ve only seen him old;
He walks in the park with a black umbrella,
feeds stale popcorn to the squirrels;
He must be old as mountains,
his youth a hot river of lava,
rushing through new born seas,
throwing up geysers of steam to come down rain;
His feet hit the puddles in rubber galoshes,
he walks in the park with his son’s dead friends,
dreams the same dream every night:
He’s walking up a hill
double-shadowed in the streetlights
under a fingernail sliver of moon;
the silhouette of a church,
a jagged hole in the deep blue twilit sky –
the closer he gets,
the less the shadow changes;
he is waiting for the features to emerge
like the face of an old friend,
but it only grows darker
save for a glimmering faintness, like distant stars;
Each night he’s just a bit closer
to stepping through.

I’ve only seen him old;
He claims to have made his peace with the world;
He says that paranoia is a form of vanity
and that too much luck will only kill you in the end;
He walks by the river with his son’s dead friends,
leaves fall on his hat like dust on cobwebs;
He whistles a tune from some old black and white movie,
ghosts gather hawthorn in his wake;
His feet are light as dandelion pollen
and barely touch the ground.

So I’m innocently skimming an earlier chapter, quite a ways back from the bit I’m currently on, and I find, to my horror, what I’m officially designating the Worst Paragraph in the Entire Novel. One might wonder how I could possibly have missed it the first time around. In my defense, this stage of editing mainly involves jumping from one editorial comment to the next, and only cursorily skimming the prose in between.

Thankfully, a consistency issue sent me back, and the salvaging of the Worst Paragraph Ever is underway – after nearly two hours of (1) attempting to tweak rather than re-write, (2) realizing this is impossible, and reassessing the entire scene including which street corner it takes place on, and (3) spending a ridiculous amount of time playing with Google maps street view to determine exactly what will happen where.

This, my friends, is how a planned 20-30 minute quickie editing session turns into a behemoth that devours your entire evening. A brief glimpse behind the curtain of that mysterious alchemical process that transforms first draft dreck into a proper novel that you’d be proud to have someone read. Or so I fervently hope.

Orbital by Mark A. Harrison

When the restlessness takes over, climbs out of the heat or the dark or the sound of traffic and crawls under the skin, it’s hard to explain to someone who’s never felt it. Part itching claustrophobia, that makes you want to find the nearest pool and dive to the bottom and stay there ’til nightfall, part wanderlust, part mid-life crisis, and yet paradoxically under it all a voice that pulls at your eyelids and weighs you down and whispers “sleep…”

Empty
hollowed out
all the music
fills the banks to overflowing
comes out dirty, muddy
clogged with weeds and branches
old coke cans and bike tires
rusted and twisted
while above, the birds and butterflies
fighting scraps of sunset light
bat shadows and clouds of twilit starlings
rush and swoop and fling themselves
in fits of Brownian motion
all against the squeak and chitter
of the coming night
trying to fight against the tide
sure strokes
cutting through the undertow
but I’m getting nowhere
faster every day
always the constant, sweet ache
surges of heat and hunger
through the deep blue grey
sometimes I’m drowning in beauty
the happiness hurts worst of all
cascading broken chords
like standing under a waterfall
pummelled by emotion
unable to give it voice
like I’m flailing in the dark
for some switch, cord, or curtain
always just out of reach
and every once in a while
my fingertips brush its edge
and I can feel the faintest
electrical breath against my skin
and I’m reaching, farther up, deeper in, higher
but it’s always falling, in the end
always falling away, fading, slipping, diving
sinking down, out, away into the dark
and the door closes, nothing behind the curtain,
only air, imagined memory, illusion
fractured silence.

#Monarch on hyssop in the early morning light. #summer #garden
Bee with pollen #summer #garden #sun
Snowy #April evening.
Beautiful day for a #snowy walk, all the local #trees glittering in the #sun.